Color has been use as a coding system going back as early as when Munsell first developed his color theory and color notation system. At the turn of the century, the railroad used colored lights to indicate various rail conditions, many of the colors are still in use today for traffic signals—red, yellow and green. During Munsell’s early work in developing a photometer (circa 1902), the railroad and naval yards were keen on applying Munsell’s invention to check the color of the glass used in the illuminated signals. Executives suspected that some of the workers were color blind. Back in the early days of the industrial revolution, worker safety was practically non-existent, so this was a real breakthrough!

As time passed and more sophisticated color vision tests were developed, it became easier to use color as a coding system for military and government standards and specifications. In fact, one of the key reason’s A.H. Munsell’s son, A.E.O. Munsell, moved the company to Baltimore, Maryland following his father’s passing in 1918, was to be close to government (National Standards Institute) and academia (John’s Hopkins University).

Years after its relocation, the Munsell Color Company worked with the Electrical Industries Association (EIA) to develop color standards that correlate to their specification, EIA RS 359-A and EIA-TIA598-A, color coding systems for electrical wire and cable, and telcom and fiber optics industries. In the wire and cable industry, color is used to specify wire and cable that is fit for a specific purpose. In addition to specify the use of a given wire or cable, color helps keep electrical worker safe—black is hot, white is neutral and green is ground. Of course the colors are not necessarily universal, so a color used in a U.S. specification may not apply elsewhere in the world. In the telecom industry, color indicates the type and classification of fiber enclosed with the colored outer jacket. 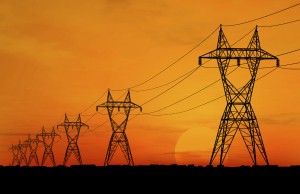 Munsell color coding charts help manufacturers of wire and cable products ensure lot-to-lot color consistency. Given the variability of manufacturing processes, a visual color standard was required to ensure that the basic color codes were manufactured within a reasonable visual color tolerance of the exact color. That’s why each color coding standard includes a “best match” or centroid color and acceptable visual variations away from the centroid color. Each variation on the color standard has been carefully measured with a spectrophotometer to ensure that the variations are accurately and consistently reproduced. So whether you’re manufacturing color or specify color, Munsell Wire and Cable Color Standards help you do so accurately.