Munsell Color System; Color Matching from Munsell Color Company > color-blog > Science Schmience… What About the Psychology of the Color Orange?

Science Schmience… What About the Psychology of the Color Orange?

In the first of our two part series about the testy debate touched off by the color orange, we discussed how Henry T. Bailey, an art educator and editor of School Arts Magazine,  accused Munsell of “managing the color circle by omitting orange” and being “opposed to the use of ‘strong colors.” As we mentioned in the first post, Bailey partially acquiesced regarding Munsell’s use of the color orange in Munsell’s hue circle. Bailey did so based on the scientific principles Munsell applied to support his use of the color “yellow-red” (YR in Munsell hue notation) instead of orange. So the debate rages on…

Bailey agreed with Munsell’s use of orange in the Munsell hue circle from a scientific perspective.  However, Bailey said he was psychologically opposed to Munsell’s omission of the color orange relative to teaching children. Bailey appeared to take exception to Munsell’s philosophy of teaching children about color by beginning with primary hue alone.  Munsell believed it best for young children to first learn the primary hue circle, and then the relationship of hue and value, while introducing the intermediate hues. Then, in grade four, explore chroma. (Source:  Munsell Color Diaries Volume A8 pp. 154-155) 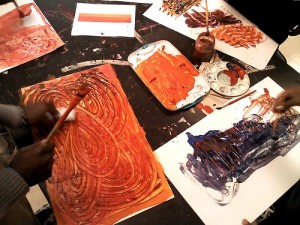 Munsell likened the teaching of color to that of music—start out by teaching a basic scale of notes, e.g., a single octave, and then build to include intensity, pitch, etc. Despite differing teaching philosophies between Bailey and Munsell, one thing holds true—the bolder orange (10R  or 5YR on the Munsell hue circle), which Bailey thought should be included when teaching color to children, was not part of Munsell’s primary hues. Therefore, according to Munsell, by including “orange” (10R) one cannot teach a balanced approach to color—not to mention the fact that from Munsell’s artistic perspective using pigments, there’s no such thing as “orange”—only a combination of yellow and red pigments. 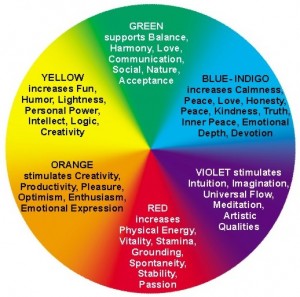 Munsell’s color system was vetted through leading scientists and psychologists during its inception.

A.H. Munsell replies to Bailey’s assertions in a letter by Munsell (circa September 1909):

Enough said… imagine if they had Facebook or Twitter back in the early 1900’s.  This would have been an interesting tweet stream! Learn more about the psychology of color and the Munsell color system.

Read Part.1 : The Color Orange Touches Off a Testy Debate

One response to “Science Schmience… What About the Psychology of the Color Orange?”