A true color system is extremely expensive to develop and produce. Extensive research over many years is required to define a color space that accommodates all the colors humans can see, and where those colors are evenly arranged within that space. There must be studies in which a number of individuals judge the visual spacing between pairs of colors, the results compiled and published so other scientists can verify the spacing. After this phase is complete, color samples are individually produced to fit at pre-determined points within that color space. At the time that the Munsell color system was developed, it was also necessary to invent instruments that can reliably characterize colors. Finally there is the expense of producing more than a thousand colors to very close tolerances. Today only governmental agencies have the resources necessary to develop a new color system. There are many fine collections of colors, but very few true color systems. 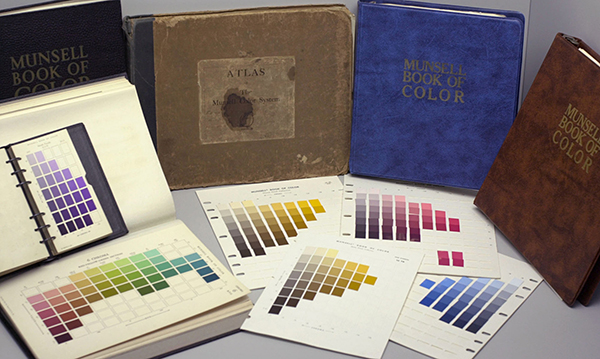 While it would be extremely challenging today for a single individual to produce a comprehensive color system, from about 1750 through the early 1900s, individuals in many countries attempted to design color systems. These were the same years in which plants, insects, and animals were being assigned Latin names and the relationships between individuals within a species catalogued. People with an interest in color knew that producing an orderly array of colors would provide insights into color vision, and they also realized that there would be a large aesthetic and commercial advantage if colors were organized, making them easier to specify and use.

Artists ‘ color wheels had been known since at least the Italian Renaissance , and artists knew that lighter and darker versions of the colors shown on the wheels could be produced. In 1611 Aron Sigfrid Forsius, a Finnish astronomer, was the first person to realize that if all colors are to be included, they must be arranged in a three-dimensional form. He left both a color wheel and a rough diagram of a sphere with light colors at the top, dark colors toward the bottom, and neutral grays running between them down its core.

Hermann van Helmholtz (1821-1894 ), a world reknowned German physicist, is credited with being the first to write that the appearance of a color can be separated into three attributes, or dimensions. Since it takes a three-dimensional form to hold three-dimensional objects, the Munsell colors form a color solid. The spacing within the solid is uniform, making it possible to move through it in regular steps, and even to adjust one color dimension at a time. This means that if you have found a color, say for lettering, that has the right amount of value contrast with the background but the text doesn’t look the way you want, you can play with adjusting the color’s hue and chroma, without changing its value, until the color has the effect wanted. This is not possible in a collection of colors. 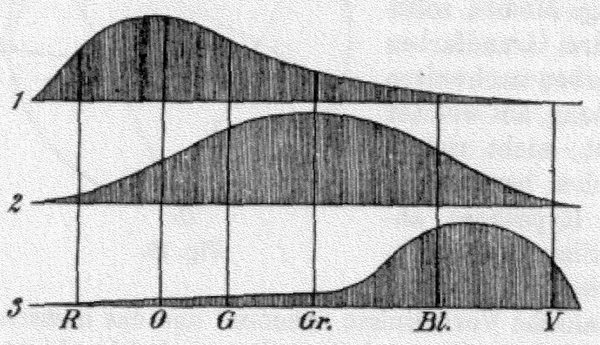 Thomas Young and Hermann Helmholtz assumed that the eye’s retina consists of three different kinds of light receptors for red, green and blue

During the Ninteenth Century at least twenty eight color systems were proposed in various three dimensional forms. They were arranged in a double pyramid, in a hemisphere , in cubes, in cubes standing on one corner, in globes, in triangles, in cones, and in nested cylinders.

The Birth of the Munsell Color System

In the United States a color sphere was proposed by Albert H. Munsell. Born in Boston, Massachusetts, on January 6, 1858. His family was both idealistic and financially comfortable (he also married into the wealthy Orr family), so although he always worked and supported his family and also his mother following the deaths of his father and brother, he had the means to pursue chis intense interest in color.

Albert Munsell attended a public school and then studied art at the Massachusetts Normal Art School, now the Massachusetts School of Art, winning a scholarship to study a year at the Academie Julien in Paris. While in Paris he studied the books on color that were influencing the young Impressionists. While Impressionism did not affect his paintings, he was very interested in the information contained in books written for artists by people with a scientific education. This included Modern Chromatics written by Ogden N. Rood (1831-1902), the American painter who taught physics at Columbia University for 38 years. At the Julien he won a prize and was given the Catherine de Medici scholarship to study for another year in Rome. 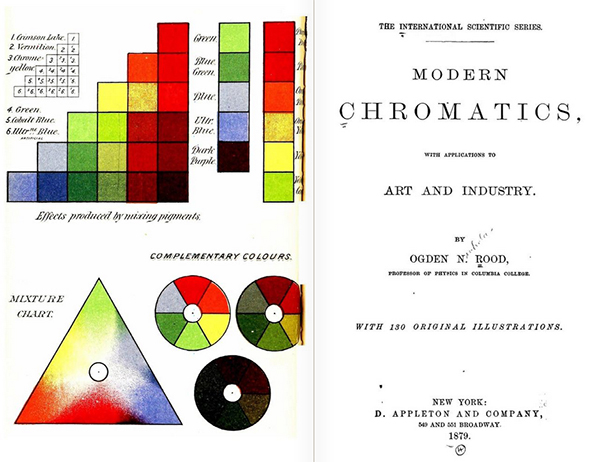 When he returned to Boston he established a studio in the Back Bay section of Boston where he painted portraits and seascapes; and also from 1881 to 1918 taught drawing, painting, composition and artistic anatomy at his old college. He became convinced that a color order system would be an invaluable tool both in teaching art and in his own work. Munsell was familiar with the work of Helmholtz and so knew that a color has three dimension. Just as a table is described by giving its height, width and length, three terms must be used to describe a color: its hue, how light it is, and how vivid or grayish it is. Munsell selected hue, value (lightness) and chroma (saturation or intensity) as the most useful terms for describing colors and he believed that each of these dimensions should have an appropriate scale.

In 1887, during another trip to Paris, Munsell studied the papers of the French chemist Michel Eugene Chevreul, who had investigated color problems at the Gobelins tapistry factory and concluded that there was nothing wrong with the colors of the threads used in the tapestries; that the unexpected appearance of some color combinations was due to the effect of one color on adjacent colors. Chevreul’s book was having a strong effect the Post-Impressionist painters. Again Munsell’s own paintings did not seem to be affected, but simultaneous contrast and color assimilation, ideas from Chevreul, did effect his understanding of color. 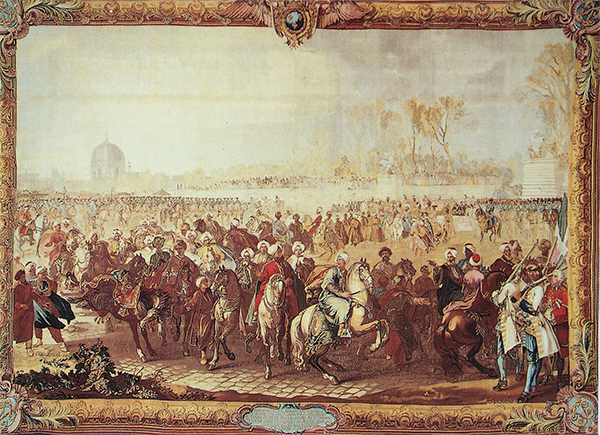 Throughout his lifetime Munsell stayed in close contact with important figures in both the art and science fields. One of his strengths was that he was at home in both the art and technical worlds. The Harvard lecturer on color, Denman W. Ross, was a close friend and his student.

The 1929 edition of the Munsell Book of Color says that he believed, “…the best way to bring about a popular understanding was to illustrate the three dimensions of color graphically on a color sphere.” It took him seven years of study to produce the first color chart.