There are demonstrable differences between the color vision of one person and that of another. Everyone knows about color-deficient people. Much less appreciated are the significant differences that exist between “color normals,” i.e., people who pass the standard tests for color deficiencies. A “normal” or “average” observer is assumed for all color-order systems, but of course this is a statistical concept. It is interesting to see how wide the distribution is. Sixty-two years ago, Ralph Evans remarked,

A rough estimate indicates that a perfect match by a perfect “average” observer would probably be unsatisfactory for something like 90 percent of all observers because variation between observers is very much greater than the smallest color differences that they can distinguish. Any observer whose variation from the standard was much greater than his ability to distinguish differences would be dissatisfied with the match.

People who work professionally with color are familiar with object metamerism, in which two physically different samples that match under one illuminant fail to match under another. What Evans is talking about here is observer metamerism, in which a metameric match that one person finds acceptable will be rejected by another. Although metameric matches are rare in nature, they are very common in the modern world; the images of color photography and color television are metameric or approximately metameric matches to the color appearances of the objects that they represent, as are most colorant matches. Because of inevitable variations in viewing conditions and in observers, such matches are to one degree or another problematic and rely on the large reservoir of forgiveness that the human brain has for color variation when the samples are not put side by side.

There are other sorts of variation among “normal” observers. For example, it turns out that when observers are presented with an array of, say, green Munsell papers under a standard illuminant such as D65, and are asked to choose which of these is an example of a unique hue—in this case, neither yellowish nor bluish—their choices will vary to a surprising extent. 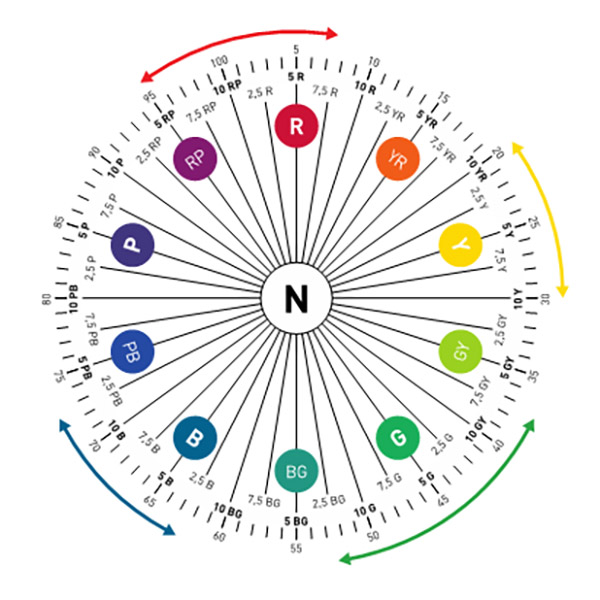 Color Perception & the Study of Color

We should not be surprised to find such individual differences in perception. Along with its partner, natural selection, variation is a hallmark of living things. A perceptual system need only be good enough to guide its owner to perform tasks that will sustain its species in its ecological niche, The advantages that primates gained by developing chromatic perception involved such activities as identifying predators and prey in dappled forest environment and spotting ripe fruit among the leaves, doing so in various phases of daylight and in changing shadows. There is no special premium that attaches to accomplishing these perceptual tasks with a high degree of precision or close agreement among perceivers. Biological mechanisms are typically a pastiche of earlier evolutionary endeavors. They are inherently rough, ready, and variable. The colors that we experience can be understood as natural signs of the filtered patterns of spectral power distributions in our environment. They should not be regarded as simulacra of the physical world that they represent. If we had all been born spectrally inverted, would this have made much difference in our ability to find our way around?

Keeping all of this in mind, how are we to approach the study of color as an integral part of our human life-world? First of all, we shouldn’t take the deliverances of the senses too literally. My daily experience teaches me that the physical world is filled with colored objects. It also teaches me that the earth moves only when there are earthquakes, the heavens turn every 24 hours, rocks are solid through and through, and Australians ought to walk with their feet above their heads. Second, we shouldn’t suppose that all scientific studies should be reducible to physics and chemistry. Geology, archaeology and botany are scientific studies and are thoroughly informed by physics and chemistry. But they, like the study of color vision, fundamentally involve historical accident, so the phenomena that fall under them cannot be explicable in terms of universal laws. Third, most phenomena of human interest are inherently too complex to admit of rigorous analysis. This does not mean that they are incapable of a degree of mathematical analysis (this is why God gave us statistics) but that estimation and qualitative understanding are inescapable if we are to understand what is going on.

In an effort to sort out the logical geography of color, we began with the creaky old question of the tree falling in the forest and remarked that the distinction between physical sound and auditory sensation uncovers the metaphysical mind-body problem as well as two distinct but intertwined phenomena. We then proceeded to ask if there was, analogously, a distinction between three different senses of “color,” and in so doing uncovered the same metaphysical problem and three distinct but intertwined phenomena. But would it perhaps be more fruitful to speak not of different concepts of color, but of different points of view from which color could be understood? And while we are at it, why restrict ourselves to three? Think of the designer of a multipurpose auditorium. The room must serve the needs of lectures, string quartets, operas, rock concerts, symphonic concerts, public forums, and perhaps the occasional film. She must recognize each set of purposes—many of them conflicting—and understand the physical, psychoacoustic, psychological, social and aesthetic factors that underlie each of them and yet unite all of them. Color studies, like auditorium design, require a well- grounded pluralism with a secure grasp of common principles.

This blog is adapted from my introduction to Colour and Light—Concepts and Confusions by Harald Arnkil (ed.), Karin Fridell Anter, and Ulf Klaren, Aalto University Press, 2nd edition, 2015. Click here to get the free download. 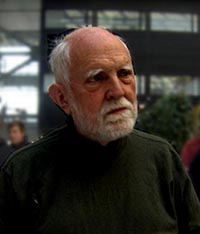 One response to “Three Concepts of Color: A Philosopher’s Journey Part 3”