Hue is the quality by which we distinguish one color from another, as a red from a yellow, a green from a blue. In science it can be measured and identified by its position within the visible spectrum.

How the Hue Circle Works

On the Munsell Hue circle, there are 5 Principal hues: Red (R), Yellow (Y), Green  (G), Blue (B), Purple (P) and 5 Intermediate hues: Yellow-Red (YR), Green-Yellow (GY), Blue-Green (BG), Purple-Blue (PB), Red-Purple (RP). When a color is void of hue it is called a Neutral, such as Neutral Gray or Neutral Black. On the Munsell Hue circle it is an axis in the middle (N).

Each of the 10 Hues (both principal + intermediate) are then further subdivided into 10. As you move clockwise around the circle the 5 of each Hue is the principal center of that color family, while the 10 of each Hue is considered the intermediate. Even finer distinctions can be made between similar Hues through the use of decimals. 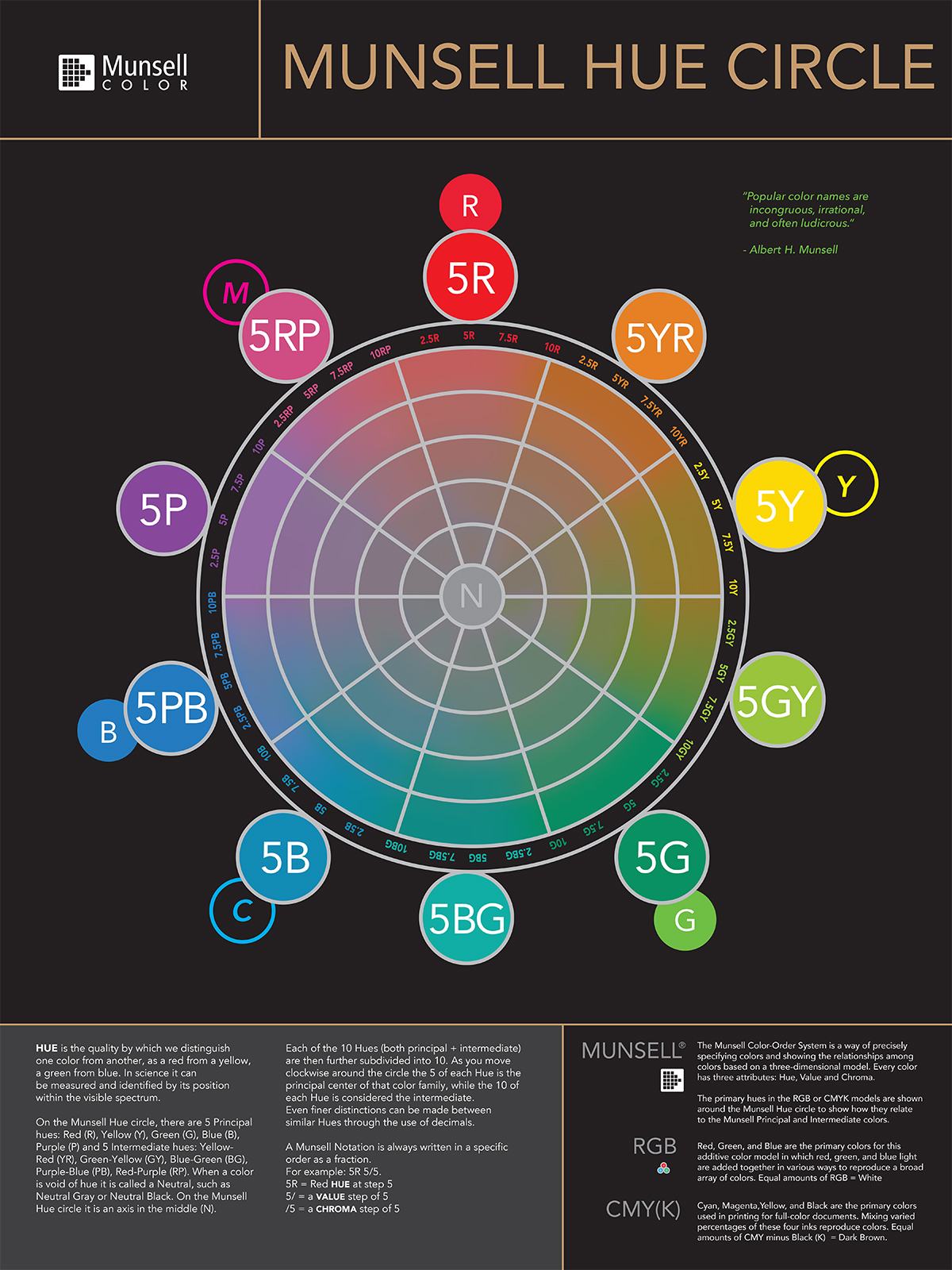 The Munsell Color Order System is a way of precisely specifying colors and showing the relationships among color based on a three-dimensional model. Every color has three attributes: Hue, Value and Chroma.

The primary hues in the RGB or CMYK models are shown around the Munsell Hue circle to show how they relate to the Munsell Principal and Intermediate colors.

Red, Green, and Blue are the primary colors for this additive color model in which red, green, and blue light are added together in various ways to reproduce a broad array of colors. Equal amounts of RGB = White.

Munsell Hue Circle Posters are available to purchase for $35. Please contact us for more information.