My enchantment with the color continuum began during my tenure as a Foundations instructor at Tyler School of Art, where the traditional color wheel still lies at the heart of the study and application of color theory. Over the course of several years I studied various models of color theory and developed exercises and projects to help my students understand the complex relationships between colors and the importance of color to the meaning and message conveyed in a work of art or design.

One day when I was digging around in the department’s storage closet I came across an old Munsell Color Tree. This was the first model I had seen that diagrammed the attributes of color in three dimensions and I was intrigued by the idea that the vast world of color could be described spatially in the form of a sphere. My creative work is often influenced by my teaching, and the seed was planted for a personal exploration of the relationship between color and space that would keep me occupied for the next several years. 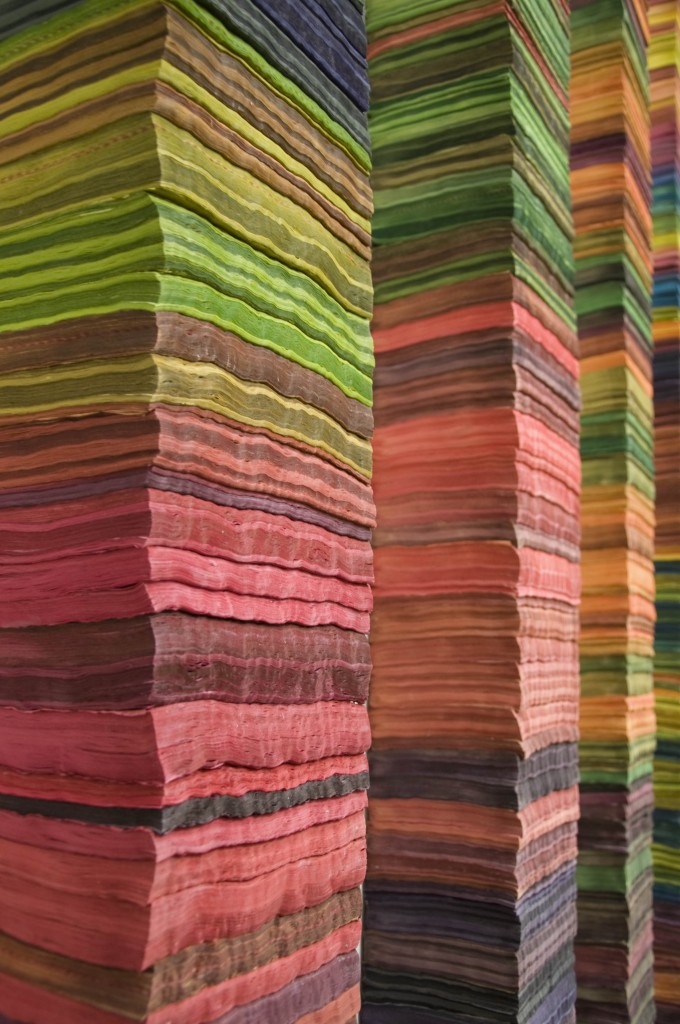 Continua is a walk-in environment that resembles the Munsell Color Tree in the sense that it maps colors through space rather than across a two-dimensional surface. In my project the swatches become individual layers in a series of floor to ceiling columns crafted from salvaged telephone books. Over 900 individual books were methodically deconstructed into smaller sections according to the proportions contained in the page-numbering system. The sections were then hand-dyed and stacked according to a self-designed color formula. The piece models geologic process in many ways and shows a slow modulation of color through the sedimentary layering of sheets of colored paper. Each column consists of approximately 30,000 individual sheets! The telephone books become a terrain for the mapping of color – exerting their own tones, textures, and ordering system on the outcome of the piece. 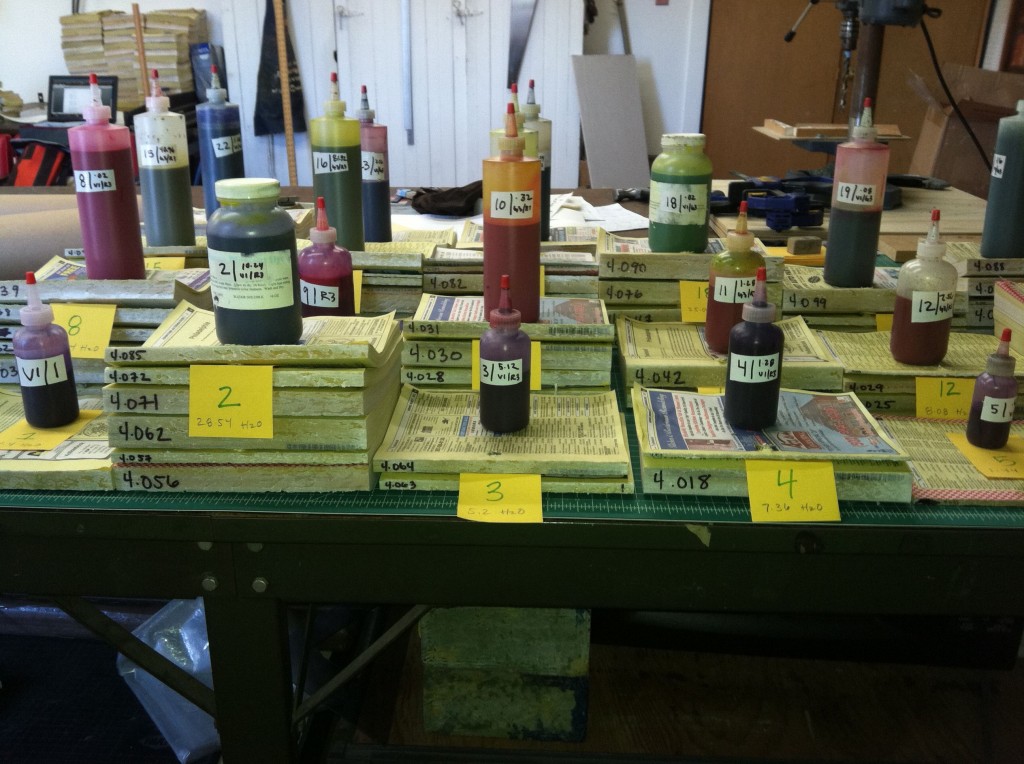 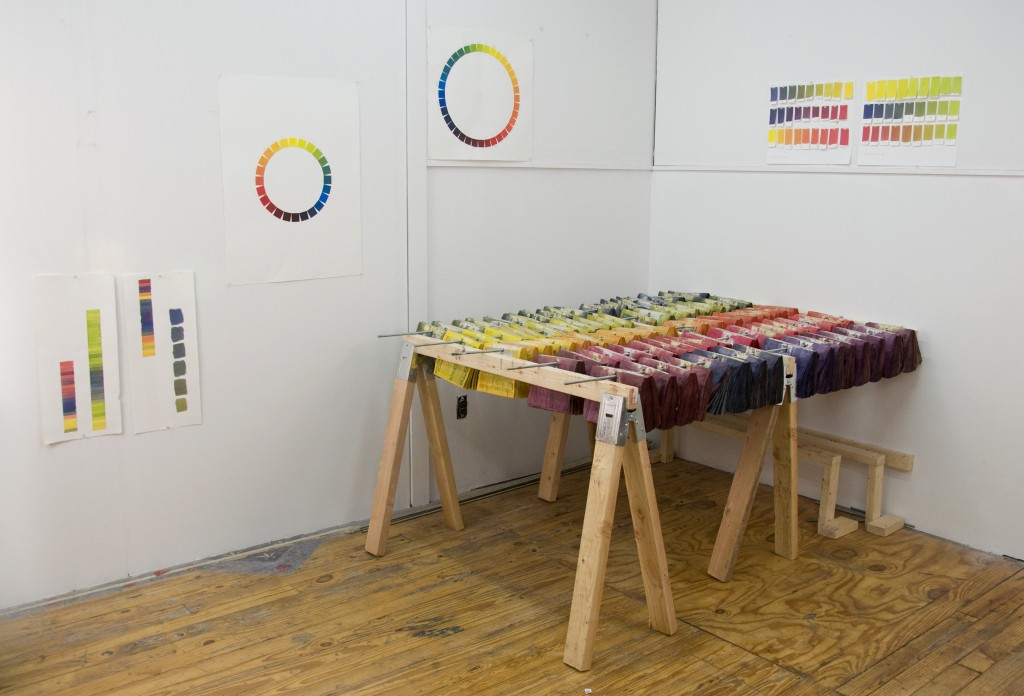 David Batchelor, in his book Chromophobia, distinguishes the analogical color wheel from the ubiquitous digital color chart. “Analogical colour is a continuum, a seamless spectrum, and undivided whole, a merging of one colour into another. Digital colour is individuated; it comes in discrete units; there is no mergence or modulation; there are only boundaries, steps and edges.”  It is precisely this modulation of the color spectrum that I manipulate in my concept for Continua. 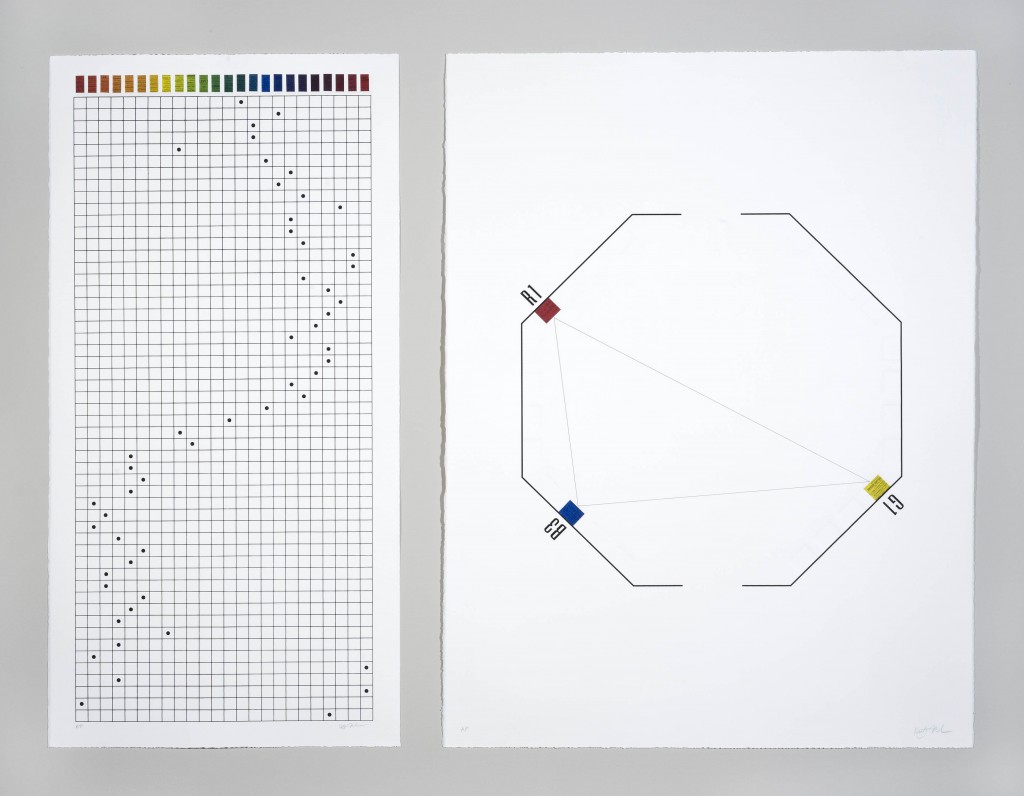 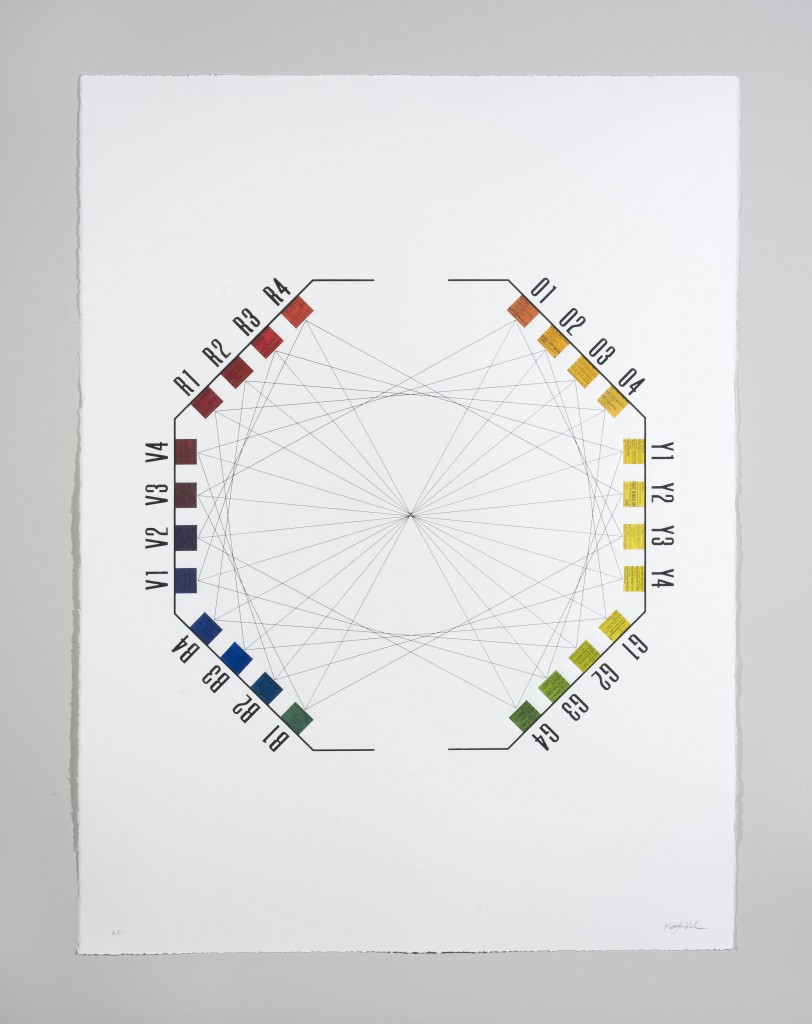 For each of the 24 columns in the installation a unique scale of 24 colors is produced from the mixing of three original hues – or a triad of colors. These color scales were used as a game board from which colors are selected according to the roll of two dice. The game relies on a set of probabilities, which are designed to favor the slow and nuanced transition from one color to another, yet allow for the occasional juxtaposition of contrasting colors. The system allowed me to incorporate color harmony, geometry and chance, resulting in a rhythmic yet unpredictable score of endlessly modulating color. Each of the 24 color continua produced in this process are arranged around the perimeter of an octagonal room, which is succeeded by a gallery of diagrammatic broadsides depicting the theoretical mechanics behind the project. 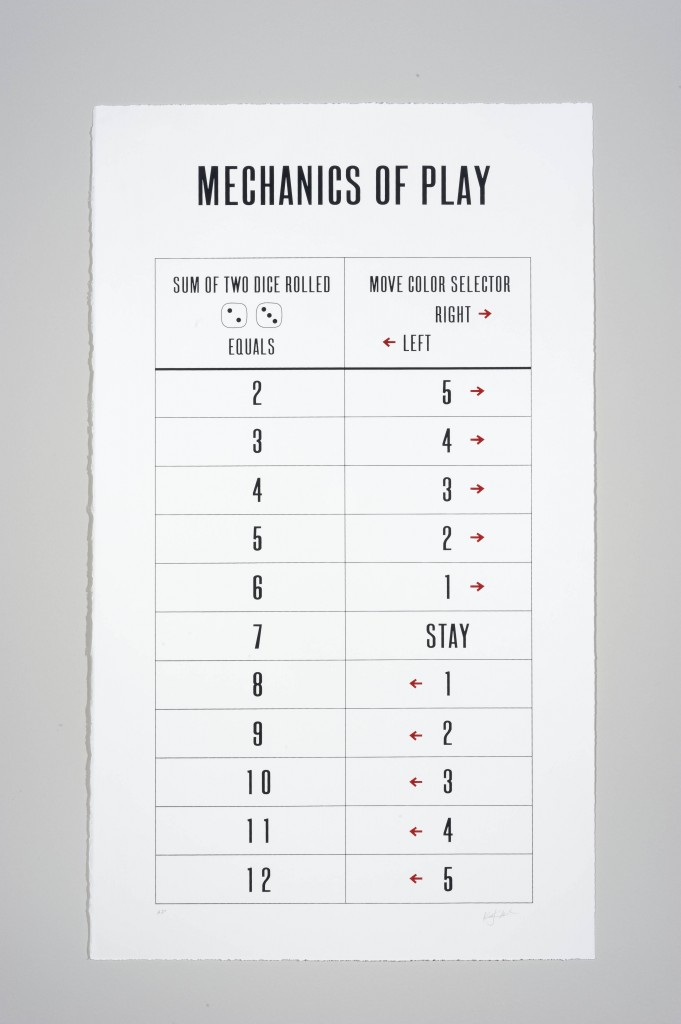 For more information about Continua, see: 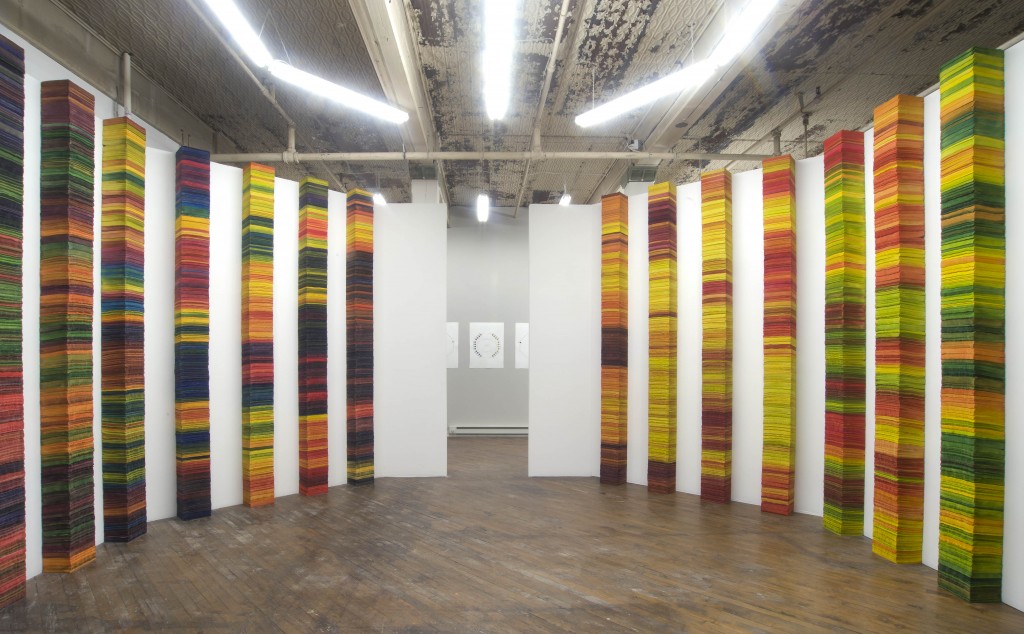 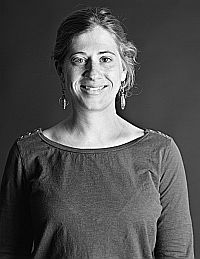 Trained as a printmaker and book artist, Katie Murken creates site-specific installations that position her hand-made objects, books and drawings in relationship to diverse environments and audiences. Murken has shown her work regionally and nationally, including exhibitions at Grounds for Sculpture in Hamilton, New Jersey; The Soap Factory, Minneapolis; The Contemporary Arts Center, Las Vegas; The Print Center in Philadelphia; The Pittsburgh Center for the Arts; and the 23 Sandy Gallery in Portland, Oregon. Her work is included in the collections of The Free Library of Philadelphia, William Paterson University, New Jersey, Temple University Library in Philadelphia, PA and the J. Edgar Louise S. Monroe Library in New Orleans, LA.