When I try to depict natural tones and colors in my art, the Munsell Color system illustrates how my choices work. The system incorporates the main components that are identified when using color, and organizes these into a sensible three dimensional graph that anyone can look at and understand. Any color can be broken down into these components and playing with these allow me to traverse the entire spectrum to find exactly what I feel is suitable for use within any image I create.

The Munsell Color system deals with the value, which corresponds to the concept of the amount of light or darkness your eyes see. It deals with the hue, which corresponds to the wavelength of light you see. It also deals with the chroma, which is the level of saturation with that wavelength. These act as a foundation for representing color, and along with my interpretation skills, when I observe what I do, I can choose the balances that are appropriate for any situation so that the results feel as natural or unnatural as I want them to be. This is a mental exercise that strengthens not only my visualizing abilities, but my ability to comprehend the reality of those visuals.

For instance, if I am to create a portrait utilizing my pixel-art style, I would involve myself with several choices that would affect the final outcome of the image. There would be many ways to conceptualize every stage of the process, and by picking the most appropriate task at each moment, depending upon my mood, and fitting it with everything else I have done or plan to do, I would be able to construct what I envision. Whatever gets me to my next step is a valid approach, which could involve working with values, working with hue, spatial relations, patterns, and many more.

Usually when I am to draw something in which I could reference (something outside my mind), such as a photo of a talented chimp, I will look at the positive and negative shapes that I can visualize within it in order to find a way to anchor myself to the project I’m about to embark on. In other words, I find a way to create a foundation for all the future stages to work off of. This could involve sketching out the edges where I see those spaces to be, or filling broader areas of those spaces in. I would use a color that contrasts well with the background or at least suits the space it will represent. 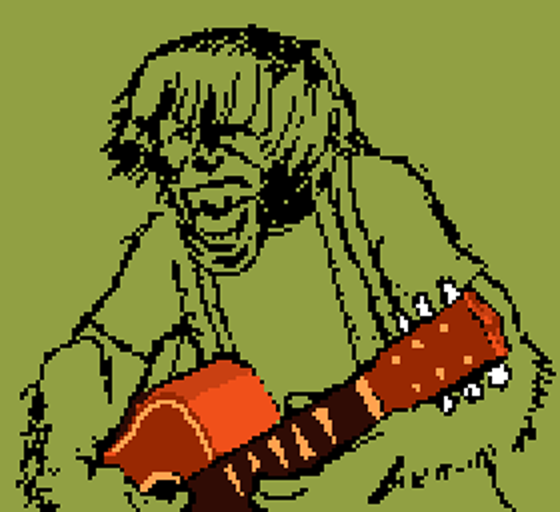 The core of the Munsell system is value, and often this is the easiest characteristic of light to work with as an artist. Most artists start out utilizing this scale primarily before incorporating the other characteristics of light – due to the dualistic nature of it – that is easy to grasp the polarity between light and dark. As with anything that involves more than one characteristic, it is easier to approach them one at a time in order to learn how to use each precisely in your art and understand how a characteristic reacts to your changes. In this way, I’ve developed my grasp upon these aspects of light that the Munsell system illustrates, and with it I can use it in the process of my work like an instrument to convey whatever emotion I want these elements to exude. Color can feel warm, cool or something neutral in between. Similar to the way temperatures affect physical objects, light with its varying wavelengths act upon our psyche. We can feel excited or calmed and depending upon the context we find ourselves in during the moment, they can sway our emotions towards whatever we empathize with. By using color in my art, I have the opportunity to play with these effects and learn more about their influence.

Value and hue are easier for most people to grasp than the concept of chroma. The Chroma scale acts like a bridge between the two. A way of describing it is as if you superimpose hue over value so that they blend together. You have a neutral gray value that can become infused with color. A gray reflects a balance of wavelengths from visible light into your eyes so that no single wavelength overpowers another, but any slight alteration to the balance so that one wavelength become more or less prominent will produce a preference in your eyes and mind to a point where you’ll begin to see a color emerge. The Chroma scale maps out these slight increases and decreases of color saturation allowing you to measure how vague or pronounced hue can be. In the process of creating art, these varying degrees of color saturation help spice up the image and stimulate your senses in interesting ways. Like mentioned before, color can affect your emotions, and by varying the Chroma, you can alter how drastic or subdued these effects can be. 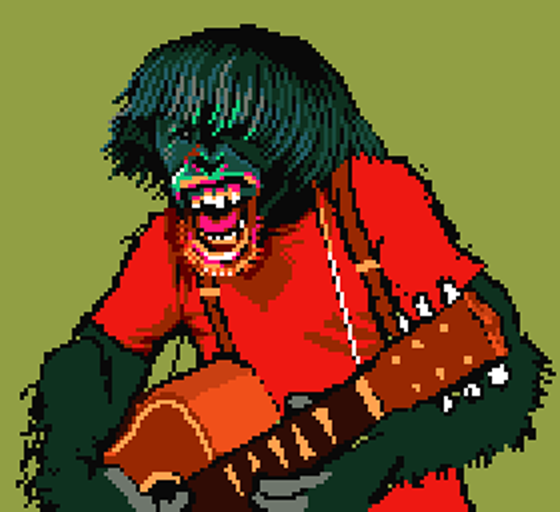 Every step involves something different, a slight change from what was previously focused on, while continuing to take into regard the entire picture. It’s not necessarily a calculated act as you would imagine a mathematical problem, but rather more like a dance with strangers you don’t know- an investigation of some sort that you’re unraveling. It may be uncomfortable or strange, but in the process you are finding out what feels good. The Munsell Color system acts as one of my tools at my disposal, allowing me to deal with that strange phenomenon we refer to as color. While the Munsell Color system has a precise function, it isn’t something I over think. You can wield a hammer, and all you have to do is swing it towards whatever you want to hit. You can’t teach someone how to swing it. You can show them and maybe they’ll find a way to reproduce the way you swung it, and with that they’ll have taught themselves. Likewise, the Munsell System is that hammer, a device you can grip with your mind and swing your focus towards the colors you want to hit. How you choose to swing it however is something you decide for yourself. You can choose to progressively move throughout the scales of value, hue, and chroma and in doing so produce a more natural feel, or find a more erratic path that feels more striking and imaginative. 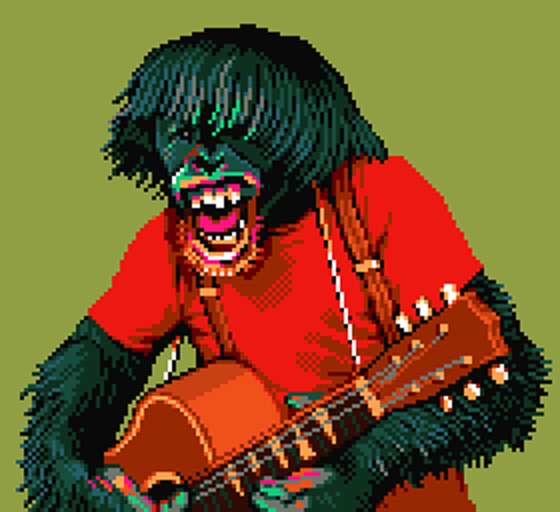 It’s difficult when you learn to use any new instrument or language, but with practice it all becomes a natural extension of the body, an extension of everything you’re involved in because your involvement with it is within everything that you do. That’s the way it has to be, otherwise you wouldn’t be handling it, and it would escape you. The Munsell system defines these handles that allow you to connect with the qualities of color the way I do.

Working with color can be a very personalized process that is self reflected in its application of it. How you feel in the moment can influence your color choices, and also they can influence how you felt when you chose them. There’s no wrong way to it if the colors move you the way you’ll do it.

Alex Hanson-White began creating art from a very young age, and spent all his life devoted to his creativity. He is self-taught, and pursues various dreams for the sake of hopefully making something unprecedented. Alex spends time programming games, as well as creating pixel art graphics for others who make video games. He enjoys the story-telling possibilities of games and has also written and self-published a book about art and perception. The book describes how the changes you sense around you can be relied upon when interpreting the world and that there aren’t any illusions except your own that you hold because everything you sense has a purpose and message from which it came. You can view more of his work here: http://www.alexhw.com/.