Jill Morton is a Color Professor whose primary focus is on color psychology and branding. She shares her insights on Color Matters, a website that is a “continuation of her teachings and passion for color”.

A Dependency on Color

There’s no doubt that people form their judgments based on color. This is especially true when we consider food. Bright red salmon is far more enticing than dull pink and creamy yellow butter is preferred over white margarine. In fact, Wisconsin’s butter laws prohibit margarine from being pre-colored to resemble butter.

The same applies to other things that we “ingest.” Two recent studies found that the color of a medication influences people’s perception about a medication and treatment even before they start taking them – and now there’s new evidence that the experience stays with them.

The first study 1 found that people undergo a sensory experience every time they self-administer a drug, whether it’s swallowing a tablet or capsule, chewing a tablet, swallowing a liquid, or applying a cream or ointment. For example, pink colored tablets are more likely to be sweeter in taste as compared to red ones.

Researchers also found that color of the medicine influenced patients’ perception of treatment. As an example, they said, “If a depressed patient is given an anti-depressant tablet in a maroon color, he will not like it, and so the medicine will not be effective.”

The fact that color plays a powerful role by sending a message about the actual function of the medication should come as no surprise. For example, most would agree that a soft blue capsule would provide a good night’s sleep. Consider this: Would you choose a soothing pink or a neon lime green tablet for acid reflux? Most people would associate lime green with a sour taste and citric acid – not what a person needs when their stomach is on churning. Therefore, patients do indeed respond best when color corresponds with the intended results of the medication and not the symptom.

Aside from communicating functional benefits, color also helps the consumer distinguish non-prescription or prescription medications from other tablets or capsules.

The Effects of Pill Color

A very recent study (published in January 2013)2 found that differences in the color of prescribed medication affect whether a patient will stop taking a drug. Scientists reported that patients who take generic drugs that differ in color are fifty percent are more likely to stop the intake of the drug, producing possible negative reactions.

The research team analyzed anti-epileptic drugs because epilepsy affects 2% of the population. They found that when patients with epilepsy refilled their prescriptions and received a different color pill than they were used to, 53% were more likely to take a break from taking their drugs as prescribed. 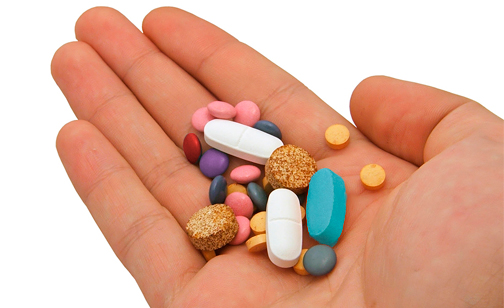 Even more interesting is the possibility that the color of a pill can create the opposite of the placebo effect. A change in the color of the pill deprives patients of their expectations of efficacy and may potentially have the opposite effect: a belief that the newly substituted pill will be less effective than the previous dose.

“Pill appearance has long been suspected to be linked to medication adherence, yet this is the first empirical analysis that we know of that directly links pills’ physical characteristics to patients’ adherence behavior. We found that changes in pill color significantly increase the odds that patients will stop taking their drugs as prescribed.”

The study suggested that physicians warn their patients about the possibility of a change in pill color, and that pharmacists take greater care to alert patients when changes in suppliers might lead to new pill characteristics.

It’s worth noting that “trade dress protection” in the U.S. prevents a generic pill from using same color as the brand-name counterpart. Although this is intended to protect consumers from packaging or appearance of products that are designed to imitate other products, it’s clear that this now affects the impact of a drug on a consumer.

A final note: The Munsell Color System is a scientifically accurate measurement of color.  It ensures color accuracy for color specifications for the pharmaceutical industry and many other industry sectors.

1. A study conducted by the PhD cell of the SIES College of Management Studies (SIES COMS), and published in the International Journal of Biotechnology

One response to “Color Psychology in Medicine”