Wilsons Promontory National Park in Victoria, Australia, nicknamed “The Prom”, is located on a peninsula at the southernmost tip of mainland Australia. Outdoor lovers enjoy the spectacular scenery, hiking and camping in a landscape of granite mountains, rainforest, beaches and rugged coastline. But there is a silent battle going on between two species of Australian coastal trees in the park.

The Yanakie Isthmus, an area of around 7000 hectares connecting the peninsula to the mainland, was once known for its wildflowers, grassy swales and magnificent Coast Banksia trees. These trees can vary from a small gnarly tree to 35 metres (110 ft) tall in sheltered locations, but it is most commonly encountered as a tree 25 metres (82 feet) in height. 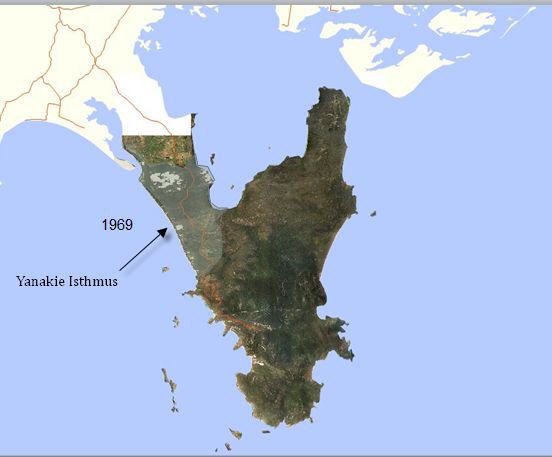 The area is now choked with invasive Coastal Tea-Trees and the Coastal Banksia trees have been in decline for many years. The Coastal Tea-Tree, also known as the Coast Tea Tree or Leptospermum Laevigatum) now covers over 90% of the Yanakie Isthmus, creating an ecological imbalance, threatening biodiversity and degrading the habitat of the native plants and animals that are important to this ecosystem. 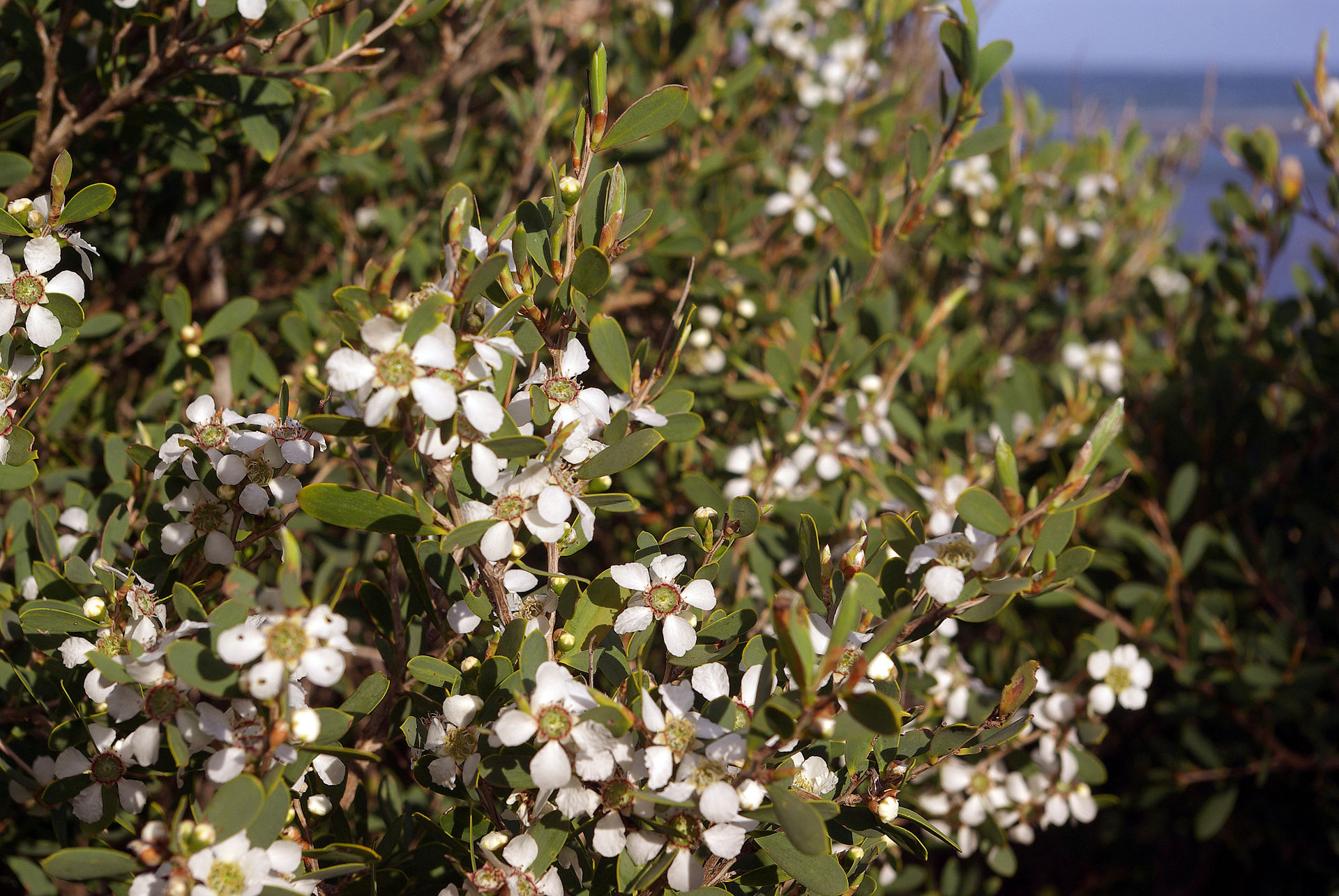 A scientifically based restoration program by Parks Victoria is underway to return some of the grassy woodlands to their former glory. Despite extensive research the reason of the decline of the Coastal Banksias has yet to be identified. One possibility is that it may be caused by a genetic defect in the native species.

To test this theory, the Friends of The Prom Nursery group and “Friends of Wonthaggi Heathland” have collected Coastal Banksia seed from four different areas across the state; from Yanakie Isthmus, Sandy Point, Mouth of the Powlett River and Point Nepean. 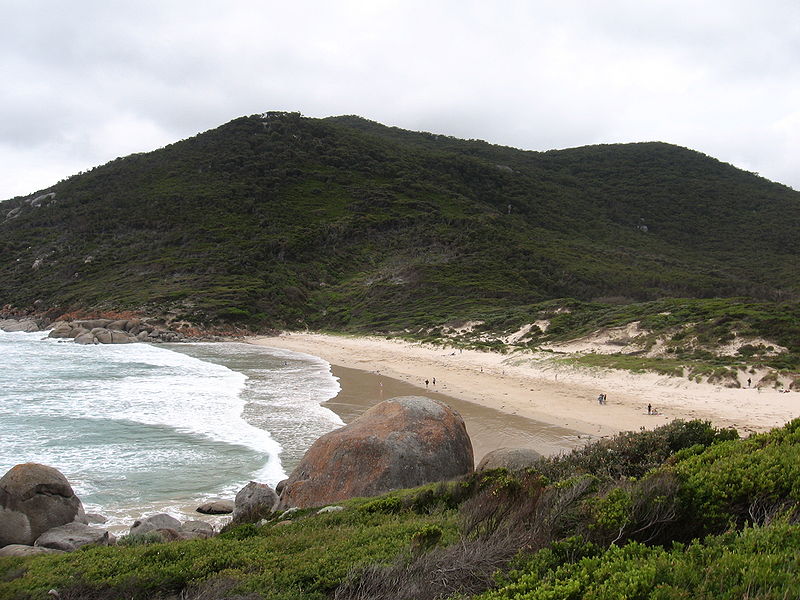 Forty seedlings from each area have been propagated by the group which will soon be planted out by the “Prom’n’Aides”, a group of research volunteers that has already undertaken many thousands of hours of research and monitoring on the Prom. The Prom’n’Aides volunteers will monitor the Coastal Banksia seedlings each year until maturity to test if there is any difference in health and vigour of the plants from the various provenances.

It’s important that we don’t allow trees from different provenances to establish in the Wilsons Promontory so any surviving trees will be destroyed once the experiment is completed. This is expected to take around eight years. The trees will be tested for height, trunk diameter, leaf colour and their capacity to produce viable seed. Munsell Plant Tissue Color Charts will be used to consistently record & compare the colour of leaves on a variety of vegetation out in the field. 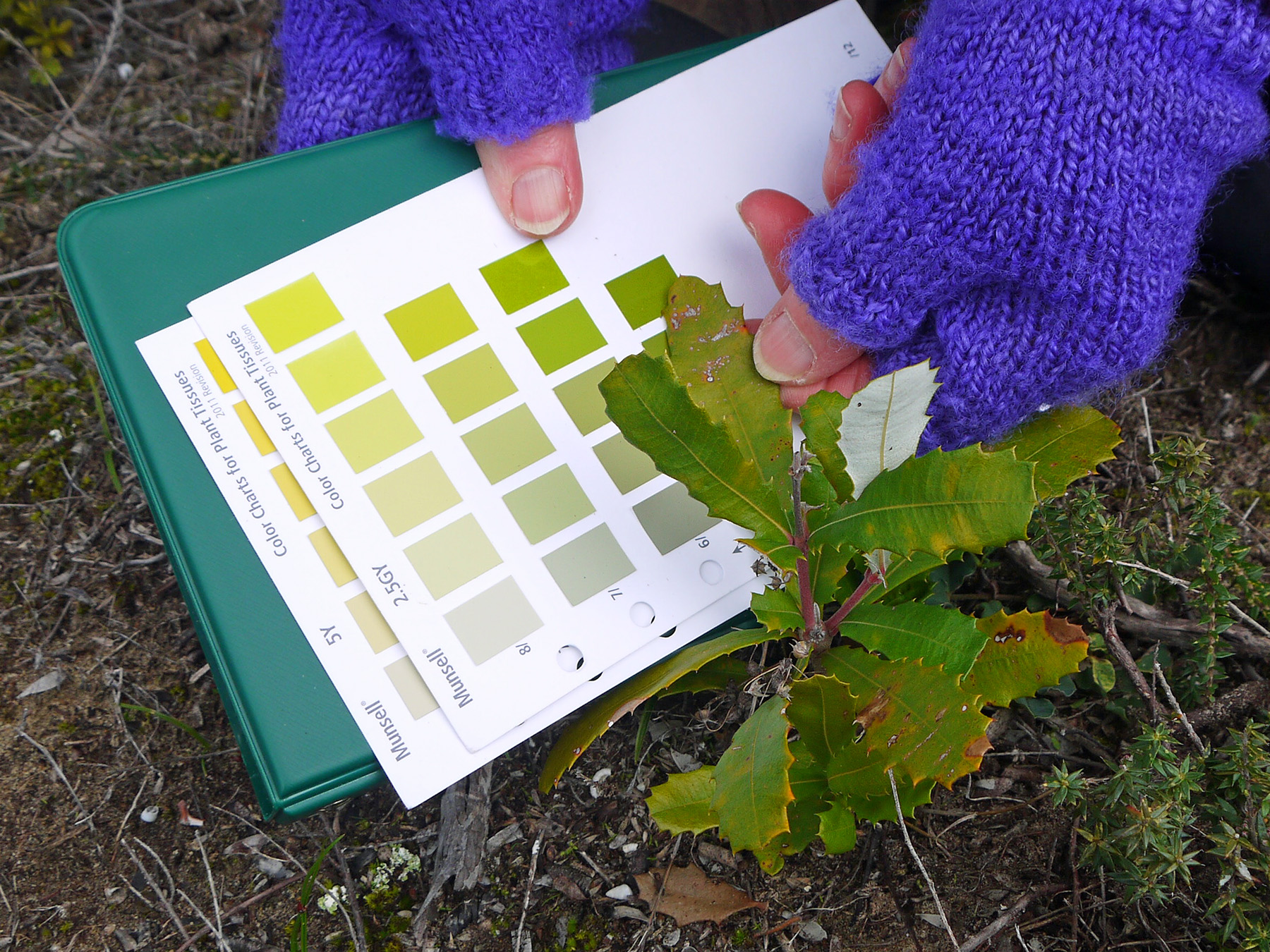 Once we establish the cause of the die-back of Coastal Banksias, we can then look for solutions. Browsing by native and introduced animals can also have a significant effect on survival of young seedlings. To assess that impact only 50% of the Coastal Banksia seedlings will have tree-guards on them.

In another strategy to fight the Coastal Tea-Tree invasion, our team recently used ecological burning, and were able to dramatically reduce the dense cover of Coastal Tea-Tree with a single fire. Another area of similar size is planned to be burnt in the near future. The challenge is to be able to repeat the results. We have to confirm that we can use this burn method to restore this landscape and bring back the plants and animals to the pre-European open grassy woodland it once was. 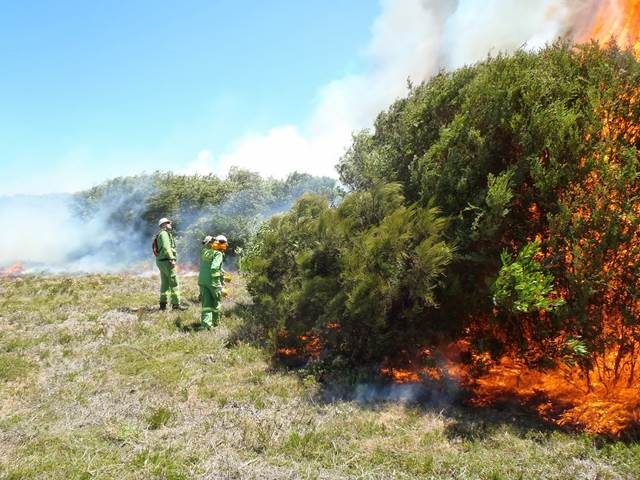 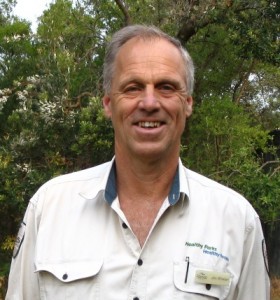 Jim Whelan is the Project Manager of the Yanakie Isthmus Coastal Grassy Woodlands Restoration Project at Parks Victoria in Australia. Jim has worked at Wilson’s Prom since 1971 and on this particular project since 2005. Parks Victoria is the custodian of a diverse estate of significant parks in Victoria and of the recreational management of Port Phillip Bay, Western Port and the Yarra and Maribyrnong rivers.