You can discover more of her journeys in the fields of visualization and digital media on her blog.

In additional to assisting in color selection, the two dimensional cross sections of Munsell colors can also influence data visualization design and layout. We show this in a visualization method that facilitates the exploration and identification of patterns in the correlation of biological data.

Below, we show the merger of Munsell 10 GY and the Munsell 10 P cross sections. 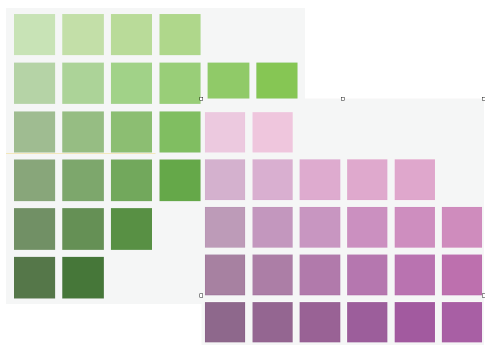 Next, we apply this visual concept to a global view of temporal relationships between biological variables. We show these results below. 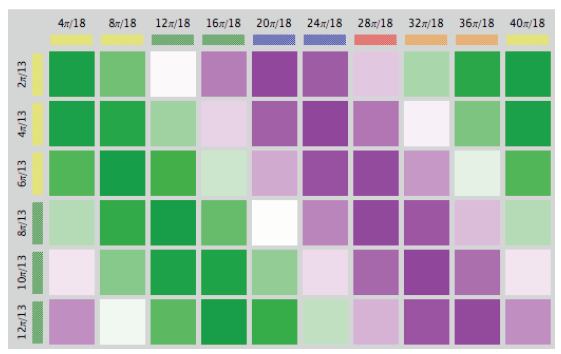 Next, we finalize our large-scale molecular biological visualization by including local views of the underlying data. 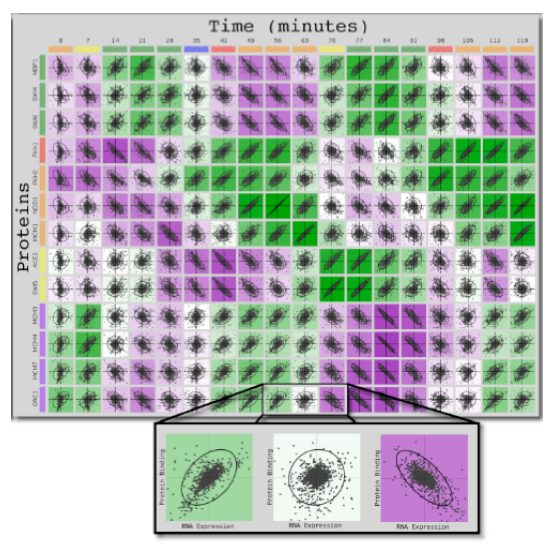 About the Biological Data Visualization Project

These visualization efforts were part of research efforts conducted at the Scientific Computing and Imaging Institute (SCI) at the University of Utah in 2011. During that time frame, I served as a color theory consultant on this biological visualization project. Our work was published as a poster at the first IEEE Symposium on Biological Data Visualization, October 23rd – 24th, 2011 in Providence, Rhode Island. Here is the official citation and URL to the poster abstract: “Visualizing Global Correlation in Large-Scale Molecular Biological Data” by A.N.M. Choudhury, Kristin Potter, Theresa-Marie Rhyne, Yarden Livnat, Chris Johnson and Orly Alter, (http://www.biovis.net/2011/papers_abstracts/abstracts/120.html).

You can learn more about using Munsell Color to apply artistic color theories to visualization here.