Culture Reflected in the Landscapes

Our interview series celebrating 100 years of the National Park Service in the United States and the important role soil plays in these parks continues. We venture to Lincoln, NE to talk to National Soil Classification Specialist (Soil Taxonomy) for the USDA-NRCS-NSSC-Standard, Kenneth F. Scheffe. Kenneth was formerly an NRCS State Soil Scientist in New Mexico from 1995-2010 and in that period, conducted intensive soil mapping on a number of National Parks and Monuments in cooperation with Mr. Pete Biggam (retired), NPS soil scientist and liaison to the National Cooperative Soil Survey.

Conversations with Soil Experts: An Interview with Kenneth F. Scheffe

Ken is the soil classification specialist at the NRCS National Soil Survey Center in Lincoln, NE working primarily in the maintenance and updates to the soil classification system known as Soil Taxonomy.  Prior to coming to Nebraska in 2010, Ken worked for 31 years as a USDA soil scientist New Mexico. He spent much of that time mapping soils from the hot and dry deserts to the forested mountains and supporting farming and ranching conservation efforts of the Natural Resources Conservation Service.  Ken served in numerous position and locations throughout New Mexico including 15 years as the State Soil Scientist. Modern soil surveys for many of the Parks and Monuments were completed as a cooperative effort with the National Park Service during this time.

What is Unique About the Soils of New Mexico’s National Parks?

National Parks were established because of their natural beauty or cultural significance to aboriginal and later European settlers. The soils in scenic Parks are interesting landscapes with unique geologic, geomorphic, biologic resources that have been shaped and persisted over the seasons for vast periods of time.

Soils, coincidentally, also derive their character from what we call the 5 soil forming factors which are:

I don’t think I could equate the landscapes and vistas that take your breath away that would produce soils that would do likewise (unless you are a soil scientist), but, understanding the dynamics of the these systems enables scientists to understand the dynamics in the soil. That relationship between what is seen in the landscape is often reflected in the soil which has formed upon it. Having said that, there are some really cool and interesting soils that are unique to particular New Mexico park settings (Valles Caldera, Carlsbad Caverns, White Sands, etc.) Even the Parks that have unique cultural aspects preserved have soils that are reflective of the cultures that have inhabited them over the millennia (Chaco, Bandelier, Pecos, Petroglyph). These are among the many in New Mexico, all of which our scientist had the privilege of mapping the soils.

From deep rocky canyons to blossoming wildlife and cactus flowers, this park will expose a whole new world to you. With more than 119 known caves, formed when sulfuric acid dissolved surrounding limestone, this is a must-see sight in the Guadalupe Mountains. This underground treasure is known to be the largest and most visited network of caves in America. 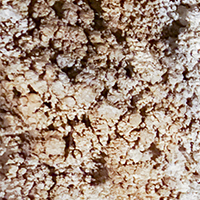 What Do the Soil Colors of the New Mexico’s National Parks Tell Us?

Two things that are likely most important is the origin of the sediments or materials that make up the soil (parent materials), and the biological setting (plant vigor, wetness, etc.). Color is that thing when you see gradual trends, or sharp boundaries, it has implication in the history and setting of the soil. In some instances, the lack of an anticipated dark humus rich surface indicates heavy utilization or even erosion or removal of the soil surface. Patterns of colors (redoximorphic, nodules, concretions, etc.) in the subsoil typically indicate translocations or transformations of mineral constituents in the soil. Reflection of natural light from the surface of the soil aggregates tells us a lot about the composition and history of the soil.

Color is that thing when you see gradual trends, or sharp boundaries, it has implication in the history and setting of the soil.

How is the Approach to Soil Science and Management Changing in New Mexico’s National Parks?

I was glad to see that the Parks took a very active interest in managing their resources 15-20 years ago. Not to just inspiring visitors with the natural beauty, or wonderment with the cultural history, but to take on active management to preserve the underlying resource in the face of the pressures of providing easy access and high demand for visitation. Those things enjoyed by people must be managed. Not necessarily to make them better for us, but to protect them from us.

Boasting an elevation of 4,235 feet, this protected area includes wave-like dunes of gypsum sand covering 275 square miles of desert. As the world's largest gypsum dunefield, White Sands National Monument preserves the area of these white dunes and the surrounding ecosystem that calls this park home. 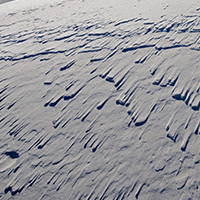 There seems to be a misconception by the public as well as perhaps some of the Park management and that Parks are pristine landscapes untouched by human land degradation. This may be true of a few of the larger natural scenic parks, but many, especially if they have a cultural component to their reason for establishment, have plant communities and soils that are significantly altered by man. Some alteration was intentional, while other alteration takes the form of intervention in natural processes (fire, flood) that actually was a dynamic and necessary force in that system. Preserving of cultural resources is important, so trade-offs is essential. I believe the NPS natural resource managers understand these issues, and do the best they can in light of the public pressures, in the form of heavy usage/visitor ship, and declining maintenance budgets. There may be a tendency to go in with quick physical practices (concrete, diversion, pavement, fencing, etc.) to restore threatened soil resources when a complete holistic approach to allowing natural process to occur to preserve soil might be more appropriate. Access may need to be restricted during parts of the year or the numbers of visitors in total limited. Education and training in soil resources present and how they function, and actions that damage those functions, is always important.

Lots of really cool stuff to see in the National Parks and National Monuments. Some of which to enjoy from on top of a tall mountain, others to enjoy from looking very closely at the soil ecosystem beneath your feet. That is, the enjoyment is scalable in the Parks and Monuments.