Our interview series celebrating 100 years of the National Park Service in the United States and the important role soil plays in these parks continues. We head over to the most eastern state to speak with NRCS, South Paris Maine Soil Resource Specialist, David Wilkinson.

Conversations with Soil Experts: An Interview with David Wilkinson

David Wilkinson has been a soil scientist for his entire career, mapping and interpreting soils in Knox, Lincoln, Waldo, Hancock, Oxford, Somerset and Washington counties in Maine. As a Soil Survey Project Leader he authored three soil surveys: Oxford County, Washington County and Somerset Co. Area and Parts of Franklin and Oxford Counties. He mapped soils during two winter details to Clay County and Nassau County, Florida. He was selected to participate in a foreign assignment to Senegal, West Africa. This assignment was to map soils in the Bandia and Thies National Forests and select sites most suitable for the planting and production of eucalyptus trees. The fast growing eucalyptus tree was hoped to be a partial solution to the dwindling timber reserves and desertification of this area of West Africa. For the past 20 years he has served as the Maine USDA Natural Resources Conservation Service (NRCS) Area Resource Soil Scientist for southern, western and mid coast Maine.

What is Unique About the Soils of Acadia National Park?

The soils of Acadia National Park are unique in that they are relatively young when compared with others areas in the world. They have only had about 15,000 years to develop their unique soil horizons since the end of the last glaciation. Many of the soils of Acadia are classified as Spodosols which develop very distinct and unique colors in the soil horizons. Also, many of these soils are shallow or moderately deep to bedrock which can be a limitation for many uses.

This First Eastern National Park is frequented by many tourists looking for great hikes, water activities and views you cannot find anywhere else. The soils of Hancock County are perfect for many agricultural ventures, like wild blueberries and Christmas tree farms - the cold winters and warm summers, as well as the soil quality can be held accountable for this. If you have the opportunity, make your way to Acadia National Park in Maine, to experience all this rugged area has to offer! 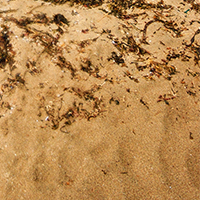 What Do the Soil Colors at Acadia National Park Tell Us?

They tell us about the nature of the abundant glacial till parent material that dominates the park, as well as the climate and vegetation so crucial in soil formation and development.

It is important for people to understand the importance of this incredible information that has taken USDA –NRCS soil scientists well over 100 years to gather.

How is the Approach to Soil Science and Management Changing in Acadia National Park?

The Hancock County, Maine Soil Survey is a crucial tool in guiding park planners regarding the suitability and limitations of the soils on the island. Acadia is used heavily, so understanding the nature and properties of the soils can help guide planners to overcome limitations for recreational uses in the park.

What are the Top Concerns in Soil Management?

By understanding the limitations of the soils, proper planning and engineering can overcome these limitations that aim to protect soil and water quality, wildlife habitat and recreational uses.

The USDA – NRCS National Cooperative Soil Survey has developed the most complete and comprehensive database of soils characteristics and properties across this great nation including the Web Soil Survey. It is important for people to understand the importance of this incredible information that has taken USDA –NRCS soil scientist well over 100 years to gather. Do not make land use decisions without first consulting with the local soil survey to understand the suitability and limitations of the soils you are dealing with.

David grew up in Portland, Maine and graduated from the University of Maine in 1975 with a B.S. in Natural Resource Management with an emphasis on Soil Science. There weren’t many Federal jobs at the time, so he started working for a landscaping company in Camden and Rockport. That job ended in the winter and with no Federal jobs on the horizon he applied for and was accepted to be a working guest on Hatlestad Farm on the edge of and at the end of the Fjaerland Fjord in Fjaerland, Norway… one of the most beautiful places on earth. He worked and lived with Haldor, a bachelor Norwegian farmer and his mother Madli. He spent 6 months on this farm immersed in Norwegian culture and milking cows, tending sheep, harvesting hay and working the strawberry and raspberry crops on the edge of this Fjord with Jostedal Glacier in the mountains as the back drop. His working visa eventually ran out where upon he embarked on a magical hitch hiking journey through Scandinavia…through Europe and down through Italy…across Sicily and into Africa crossing Tunisia, Algeria and Morocco and finally back up through Spain and into France to Paris. When he returned back to Maine he learned that he had been selected for a soil scientist position with the Soil Conservation Service (SCS) in Rockland, Maine. He started that job in late November of 1976 shortly after returning home.

“My work has been enjoyable. I owe a debt of gratitude to some very knowledgeable and respected soil scientists who shared what they knew with me and guided me on this path. I never planned to be a Soil Scientist but as is many times the case, it is a simple twist of fate that determines the future and I cannot think of a better fate than spending a career trying to understand the nature and properties of soil and guiding people in making good land use decisions that protect soil and water quality. It has been a worthy endeavor for me to visit farmers day in and day out, going over their soil and water problems with them field by field, and figuring out the answers farm by farm.”